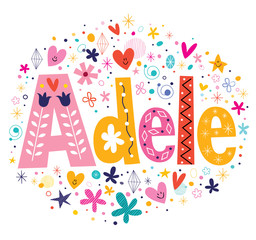 The Grammy’s were awhile back (!), but on this blog, it is worth mentioning, or rather asking, did you see Adele on the Grammy’s? She opened the show with a powerful rendition of her famous song, “Hello.” I loved every minute and my Facebook stream was abuzz at how beautiful it was – both her singing and she looked stunning! (Isn’t it refreshing that she’s so “normal” and just sings her heart out?!!)

Then, later in the show, they introduced her to do the George Michael tribute. She started and then, all of the sudden, she stopped, swore and said, “I can’t mess this up for him.”

Oh my … I’ve seen this on American Idol but not on something that is as professional as the Grammy’s. I sat, transfixed on how she would handle herself. She looked mortified as she made her way through the second try … she sounded amazing! After she finished, she stood on the stage stunned and the audience was SO SUPPORTIVE. It was beautiful to watch … Adele is human; we are all human. Wow, what a moment!

And it reminded me what they told us in music school (college level). Musicians can be the most critical audience and they can also be the most forgiving. I witnessed this on February 12 at the 2017 Grammy Awards.